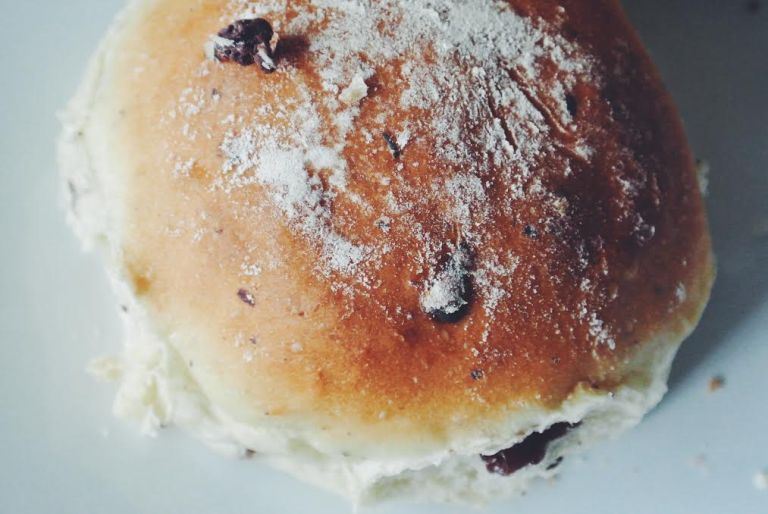 We had two friends from England come over this weekend. One of them had not been to Germany before so we ate quite a lot of traditional German food! We also managed to get to Heidelberg, this is one of my favourite cities so far in Germany. There is a lot of history and lots of nice places to eat! The picture below is from when we went a couple of days after Christmas. 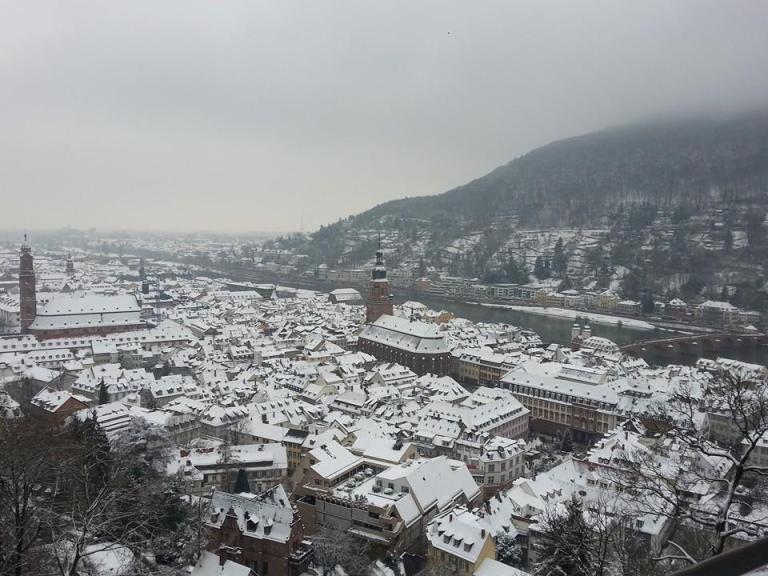 Yesterday while trying to put my homework off I came up with this recipe for breakfast rolls. My Husband starts work at 7am so usually just takes jam rolls for breakfast to eat at his desk. I made these for him to give him something a little bit different! I am happy with this recipe but I think I am going to play around with it as I feel there is quite a lot I can do with it. 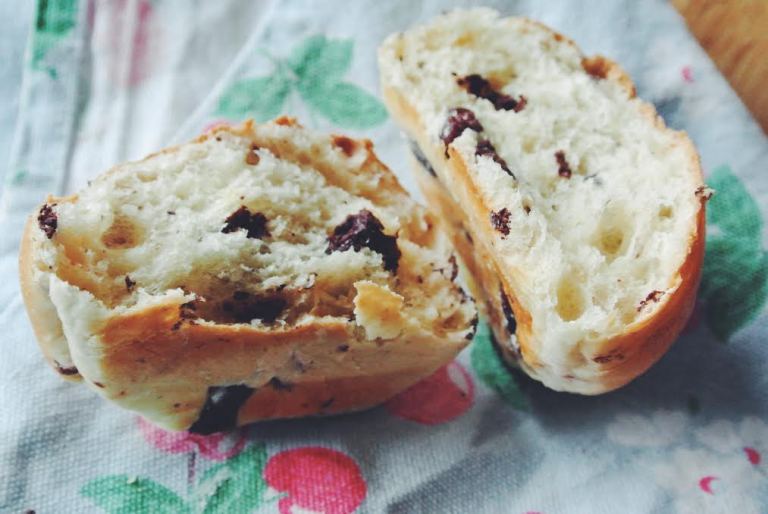 I do use my Kitchenaid for this recipe, however if you don’t own a mixer it should still work!

Put the flour in to the bowl of your mixer.

Add 300ml of water to your bowl, using the dough hook attachment of your mixer knead until it is well combined and has a smooth elastic texture. If your dough is looking a little dry then add a little bit more water.

With the mixer still on slowly add your cubes of butter. The butter can take a little while to combine but it will get there!

Once the dough is smooth and the butter has been incorporated add your fruits/ nut/ chocolate and mix until it is evenly distributed through the dough.

Cover the dough with a tea towel and leave in a warm draft free place for an hour.

When the dough has been proving for an hour, separate in to 40g balls and shape in to rolls (tip below)

Line two baking trays with greaseproof paper, place your shaped rolls on the baking trays leaving even spaces between them. Cover with a tea towel and leave to prove for another hour.

When your oven is up to temperature bake the rolls for around 12-15 minutes, until a nice golden brown colour.

When I shape rolls I like to do it on a well floured surface. Take your piece of dough and put it on your floured work top, it doesn’t matter if your dough is an odd shape. Start by taking an edge and folding it in to the middle. Work your way around the piece of dough doing this two or three times. You should end up with a roll which is nice and round and has a strong structure. Also because you have floured the surface your dough shouldn’t stick when you lift it up.

Once you have put it on the tray move your fingers round the base of the roll to get rid of any unwanted lumps or dents!